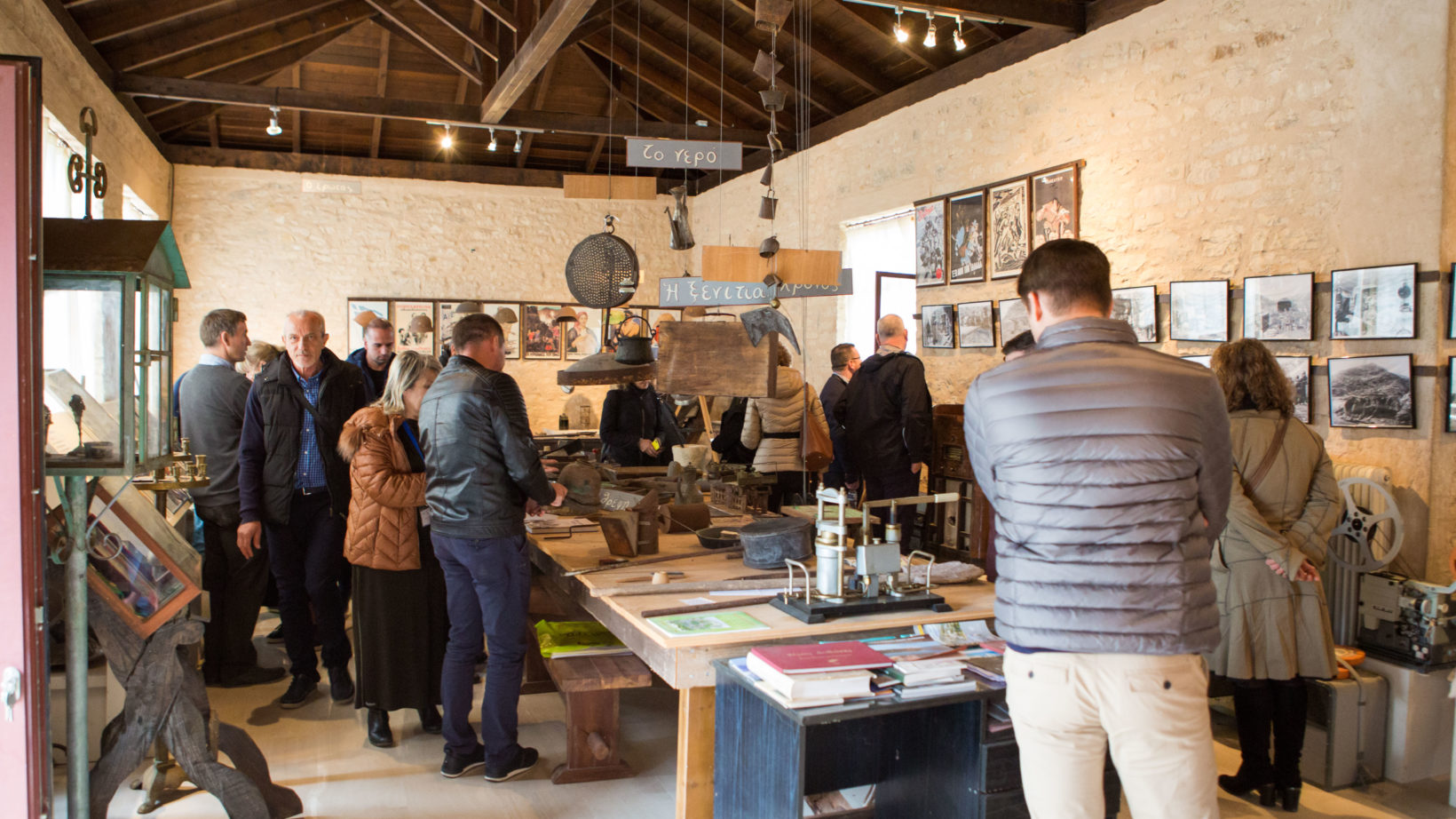 The Municipality of Dodoni consists of 56 small villages and the whole area is characterized by the abundance of ancient monuments which depict the depth of history and prove that the area presents an outstanding interest.

The municipality of Dodoni hosts the Ancient Theatre of Dodoni, a cultural monument of archaeological value globally. The area is surrounded by the river Acheron and both the narrows and the estuaries of Acheron and its surrounding area belong to the European network of protected nature areas 2000 (Natura 2000). There are also paths which give access to natural and cultural heritage and give added value to environmental connectivity. The “passes of the Acheron”, “the gates of Ades”, is a place of outstanding natural beauty and of great importance. Moreover, folk museums, churches and monasteries, stone bridges and traditional watermills are some of the special elements that the municipality can display.

The above mentioned cultural heritage is spread in all the area of the Municipality. Hence, the case is if a participatory approach can overcome the hurdles faced by a municipality composed of 56 small villages and tackle cultural heritage challenges since there is no local authority able to coordinate and direct all these remote villages and there is not enough funding.

Participatory management is about strengthening the relationship between cultural heritage institutions and professionals, and everyone interested or engaged in cultural heritage – civil society, the public, owners, caretakers, businesses, etc. In the case of Dodoni associations play an important role in keeping traditions.

The solution proposed is a mechanism that will be able to have a holistic management approach and direct the collaboration of the villages. More specifically the suggested model is Crowdsourcing. Crowdsourcing is a type of participative online activity in which an individual, an institution, a non-profit organization, or company proposes to a group of individuals of varying knowledge, heterogeneity, and number, via a flexible open call, the voluntary undertaking of a task. The crowd should participate by bringing their work, money, knowledge and/or experience, which always entails mutual benefit.

The model will be based on an online platform, under the auspices of the municipality, which will be accessible by all the citizens. The Municipality will be broadcasting problems to the public, and an open call for contributions to help solve the problem and vice versa. Members of the public will submit solutions to contribute.

The strategy of the project ensures a sustainable and integrated approach from the very start of the process. While the social system of the Municipality cannot cover the need that exists, because there is a lack of funds, experts, infrastructure and personnel, establishing the crowdsourcing platform with the support of the Municipality of Dodoni will fill in these gaps.

The sustainability of the project is ensured while participatory management approach of tangible, and intangible cultural heritage is an innovative approach, introducing a real change in how cultural heritage is managed and valued. It is also more sustainable in the long term than the approach used to date. It is a creative process that involves experimenting with, exploring and testing old and new ideas and options in different contexts. It is about being open-minded. It means being prepared to go beyond the passive acceptance of ‘popular will’.

Moreover, with all the 56 villages united, the Municipality will be facilitated in order to request for funding.

Based on a participatory approach:

The whole idea is based on a participatory approach whilst each citizen, village, organization will assist in their way. They will receive the satisfaction of a given type of need, be it economic, social recognition, self-esteem, or the development of their place, while the Municipality (crowdsourcing) will obtain and use to their advantage all that the user has brought to the venture.

What difference will they make? How did the result indicator shift?

The participatory management by the crowdsourcing model is a good tool to involve people in the preservation of their cultural heritage by creating a sense of appropriation of their patrimony and build a shared responsibility on its preservation. Strengthen social ties in the community is a natural spill over of the initiative. Another expected shift on the result indicator is raising the awareness on social media to these matters and support social and economic development in the community.

All EU cities could use this kind of approach as it will give them the opportunity to reinforce and develop their communities. This model uses a sustainable approach to help the citizens and the municipality by responding to the demand.

In this way the cost, both economic and of Human Resources, for the administration is greatly reduced, if not completely, while the object of the action remains of public domain with all the advantages for the place related to this aspect. The participatory approach in the process is also very important, as it raises the awareness of the citizens. The cooperation between the Municipality and the people living in all the remote villages could be hard in the beginning, but if it is successful it could bring great results to a city and its heritage in terms of innovation and sustainability.

The Municipality of Dodoni with the consulting of external experts