1. The regeneration of 72 Château-du-Roi Street 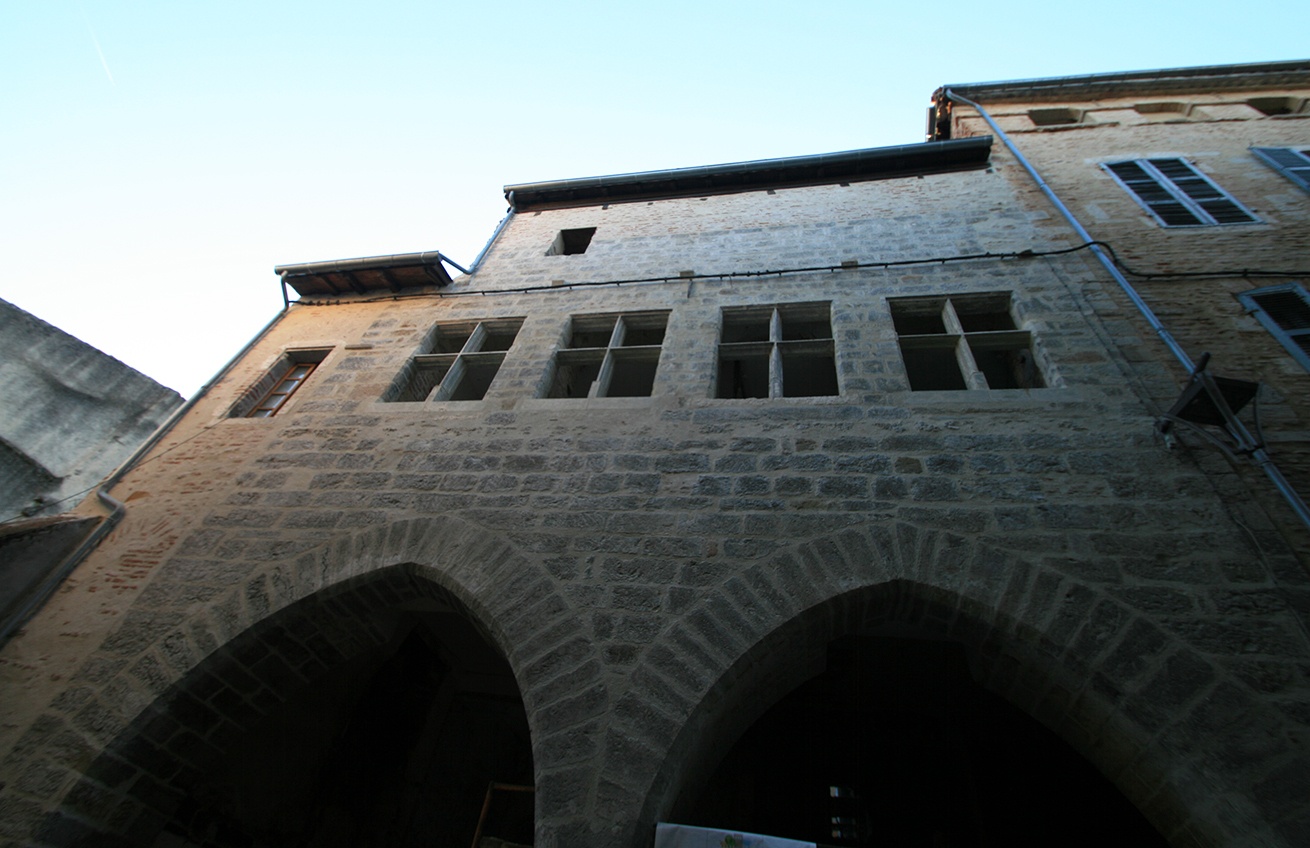 Château-du-Roi Street is the laboratory for the urban development public project: ‘Cahors, the Heart of the Agglomeration Strategy’. Here are tested all the policies implemented in this framework, before being used in other City neighbourhoods or in the smaller towns of the Grand Cahors Agglomeration.

The 72 on Château-du-Roi Street is a very old building in a medieval neighbourhood. Till now, it was divided into eight very small apartments, many of them vacant, very uncomfortable and unsanitary, even dangerous.

The City of Cahors and its agglomeration set up very proactive policies to support the restoration of built heritage in priority neighbourhoods, including Château-du-Roi Street. As a result, the building was bought by the city by the power of eminent domain and then sold to a private investor.

The new owner of the building started the restoration work last June. The plan is to create three apartments for families with terrace (by merging the existing apartments) and a space on the ground floor for activities (shop, association, artisans…). Thanks to the Cahors ULG workshops in springtime, the owner updated her first rehab project and decided to reopen the façade instead of keeping it closed to the street, in order to bring light (and life!) back to this narrow street.

The first point is the way public policies facilitated the sale and restoration of 72 Château du Roi Street to buy: financial support, technical support/expertise thanks to the Heritage Department of Cahors. In addition to supporting building restoration, the policy also helped fight vacancy and adapt existing apartments to the needs of modern families. Financial support is provided by several public administrations and is broken down as follows:

The second point is the impact of the ULG’s work on the evolution of the restoration project, from a closed façade to an opened façade, opened on the street, allowing the visitors (tourists and inhabitants) to peek into the historical courtyard. The patrimonial prescription imposed the reopening of the two arches on the ground floor, the restoration of the Renaissance crossing on the first floor and the demolition of a small building in the courtyard. Misunderstood at first, the ULG meetings and exchanges led the owner to change her project and understand the need to move from a closed facade to an opened facade on the street, allowing visitors (tourists and locals) to throw a glance in the historic courtyard.

This private project is fuelling the dynamic of revitalisation undertaken on the street.

To make its policies efficient, the city has also to elaborate a transversal approach to mobilise financial supports between its partners. The city can then support private projects with public projects (new highlighting of the street, green spaces, new road…). For example, it allowed the city helping the owner of 72 to use natural / bio-sourced materials to restore her building.

Cahors’ ULG is the main stakeholder of the project to revitalise the Château-du-Roi Street. With this group, the City is experimenting its way to work with users of the city and to build better public (and private) projects. The main aim is to build then reinforce the participative approach for future projects, to involve all concerned users in order to build projects that respond to concrete needs and demonstrate uses.

The private investor is member of the ULG; she’s restoring a building but she’s not a resident of the street. The approach we implemented with our ULG in the Château-du-Roi Street allowed her to adapt and update her project. She welcomed a visit with the ULG members (journalists came too: the city used this project as an example of good practice). Workshops and exchanges in the ULG highlighted the need to increase luminosity in the street and of bringing back activities and communication through the street, buildings, inhabitants and users of the street (tourists, students, etc.). Related to this conclusion, she decided to reopen the façade on the street.

Work is still in progress, but you can already see the difference between the building before and the building now. The building is recovering its original shape and its medieval arches.

More difficult to evaluate, the way citizens reuse the street now. The building was opened for public visits during European Heritage Days last September. It has been a real success.

To sustain the restoration of built heritage in mid-sized cities which don’t have a lot of means, it is very useful to identify then prioritise the buildings or the streets or the neighbourhoods concerned by public aids, to be able with financial partners to concentrate all resources in the same place(s).

Participative approaches are a very useful way to share public projects with stakeholders, but also to allow private investors to share their projects. It is an opportunity to change the way people look at dis-invested places by allowing them to better know and appropriate the heritage of the place. By making them contribute to a project, collective approaches make people proud of their living environment and they become more easily stakeholders of projects driven by our cities.

Date of preparation of this case example: Autumn 2018