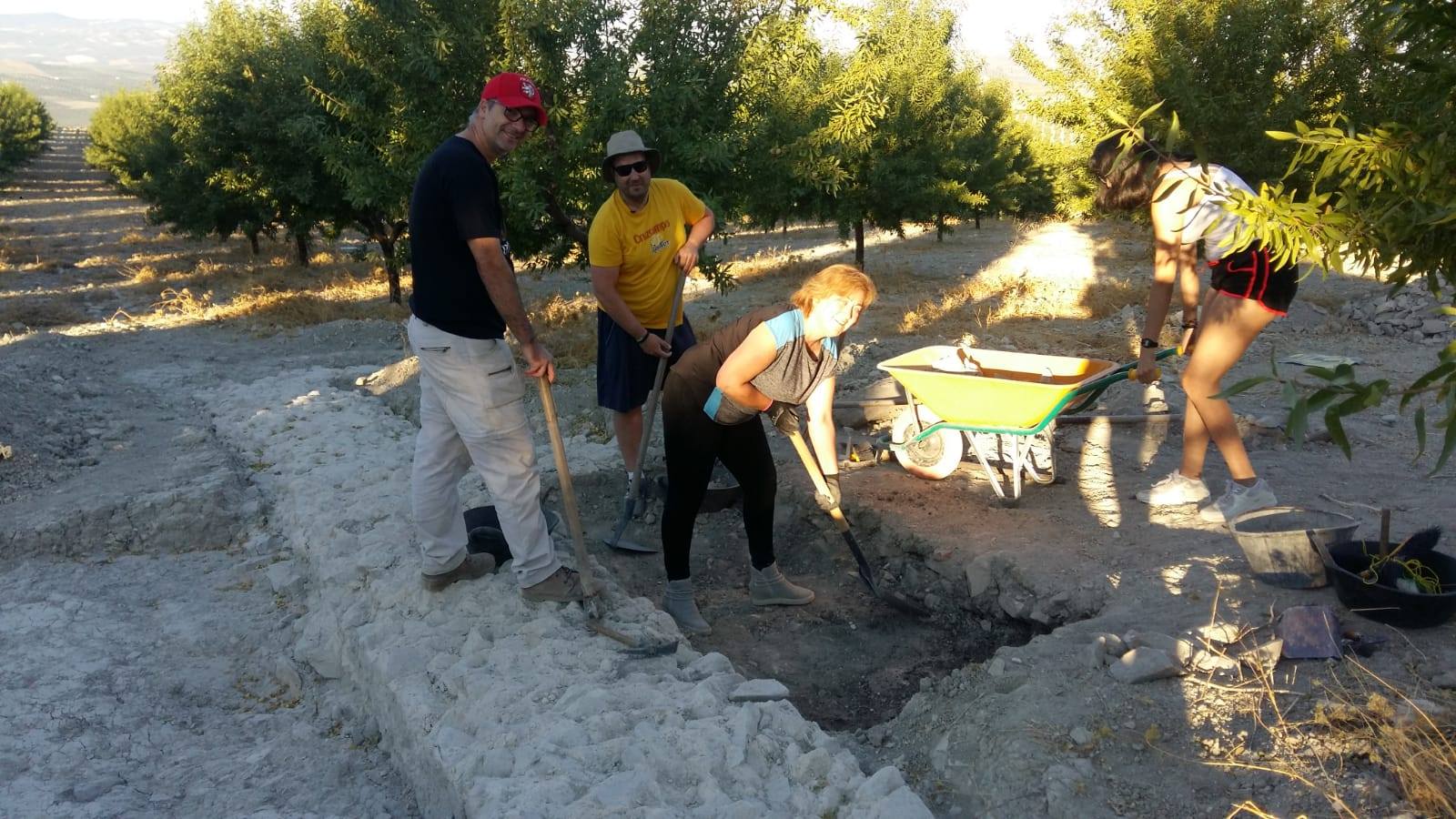 ARCHAEOLOGICAL SITE OF TORREPAREDONES, THE COOPERATION BETWEEN DIFFERENT ACTORS AS THE BASIS FOR SHARED MANAGEMENT MODELS.

Torreparedones is an Ibero-Roman city that currently occupies more than 10 hectares in the municipality of Baena and, in less extension, the municipality of Castro del Río. In the last fifteen years, the City Council of Baena has bought the area of the site that is currently included in the Archaeological Park from its previous private owners. At the same time, the Council has also led, in collaboration with other institutional actors, a successful process of research, conservation and enhancement not exempt from challenges regarding these objectives and in general to the management mechanisms. The recent discovery by researchers of the University of Cordoba of a Roman amphitheater has promoted further research and excavation works where public-private-social cooperation has proved to be successful and can so be a reference for future stable mechanisms of shared management by a wide network of stakeholders.

The first solution points out that it is essential having access to technology that facilitates archaeological research works in an efficient way, such as the orthophoto provided by LIDAR flights.

Secondly, it is highlighted that research, from an integrated approach, must be the basis for actions related to the management of heritage sites, before making decisions regarding the actions, investments and management mechanisms to be implemented.

Thirdly, the Case emphasizes the need to have collaboration between public, private and social actors in order to guarantee the sustainability of actions over time, so that they are not abandoned or fail as unsustainable initiatives carried out without this multiplicity of actors.

Finally, a small but essential and successful action such as the one described is not only necessary to confirm the very existence of the heritage resource, but also because it allows, as a specific experience, to extract useful learning in terms of the model to be extrapolated to other scales, problems or contexts.

The sustainability of interventions in this cultural heritage, as wide as it is in need of resources and management mechanisms, should follow a process like the one described, in a simple way, through this Case Example. A process initiated with research and the consequent production of knowledge under the support of multiple agents, thus offering a basis upon which to plan future interventions, their implementation and follow-up.

On its small scale, these first initiatives offer defined, sustained solutions, preferably from a flexibility perspective, adjusted to the real capacity of the actors, times and available resources.

In the case of Torreparedones, the integration of this specific action in the Amphitheater, whatever its future projection, should have an impact on the already outdated Master Plan of the site which needs to be updated and to include management tasks and public uses that go beyond the mere archaeological intervention at the origin of this Plan.

The main actors involved, in the context of the described Example Case, are mentioned below:

Difference that has occurred. Changes in the results indicator

The main difference has to do with the very evidence of the discovery of the amphitheater, taking into account what it represents in heritage, cultural and socioeconomic terms.

On the other hand, the professional intervention of the researchers and the academic university institution (UCO) directing and coordinating the action represents a logical, sustainable and scientific role for the subsequent possible future measures to take on the site.

The private collaboration on the part of the owner of the land, undoubtedly necessary to implement this first intervention on the site, is noteworthy and constitutes a relevant fact that should also serve to deepen and maintain this spirit of cooperation in the future.

The participation of two municipalities together with the cooperation of local actors in the case of Baena – workers and teachers and students of IES Luis Carrillo de Sotomayor High School – underscore the importance of the Torreparedones site for the local community of this municipality and its City Council.

Interest to be used by other European cities

The need to base the management of cultural heritage resources on sustainable models is evident. Given the wealth and abundance of these resources in European contexts, together with the limited means with which to address comprehensive interventions, the cooperation between actors is critical, both in its early stages and in successive planning, implementation and follow-up phases.

In the specific case of archaeological sites, the feasibility and necessary efficiency of intervention and management programmes can be cleverly guided from the start by means of small-scale actions such as the one described, capable of establishing limits, prudently orienting investments and feeding strategies of cooperation between the actors that can be very satisfactory for an integrated and sustainable development of archaeological assets.

“For the Roman city of Torreparedones, the discovery of the amphitheater reinforces the idea of its colonial status.” There is only proof of the survival of the amphitheater in eight cities of the Roman Andalusia. Regarding its dating, evolution and role in the context of the city of Torreparedones and its surroundings, the analysis in course will offer the first results, in the same way that it will guide the future evolution of actions for conservation, enhancement or management.

Undoubtedly, this is a finding that has a very positive impact on the value and positioning of the archaeological site in the areas of heritage and the cultural, social and economic uses associated with it. A simple analysis of the media impact of the announcement of the discovery highlights this fact.

We limit in time as a practical way to simplify the story-telling of this Case Example, two moments that facilitate this goal, while also bearing in mind the context of the general object of study, a broader temporal process connected with the discovery and works taking place in the whole of the site and those related to research, conservation and enhancement of the amphitheater, that will be defined in the short and medium term.

In relation to the works subject of the described Case, we consider they begin during the year 2016, with the publication of a scientific article by the researcher Antonio Monterroso-Checa, where he presents the process for the amphitheater identification. At the time of writing this text (November 2018), different research works are still ongoing. After the appropriate analysis, they will offer a basic level of results and recommendations for the subsequent definition of research, conservation and / or enhancement actions.

Preparation date of this Case Example

Responsible for its preparation

Taking into account the nature of the ad hoc collaboration in this initiative, a joint budget is not available. In addition, in some cases there have been professional or social collaborations in the form of academic work or volunteer work, difficult to quantify in economic terms.

In any case, contributions of one kind or another and the responsible actors in each case can be mentioned:

Back to Example cases
PDF Button
Skip back to main navigation